How to texture concrete or plaster walls and rocks

These are the most common types of walls. Should you paint them with a textured paint? Use a texture paste? Or maybe just paint the surface using stippling? 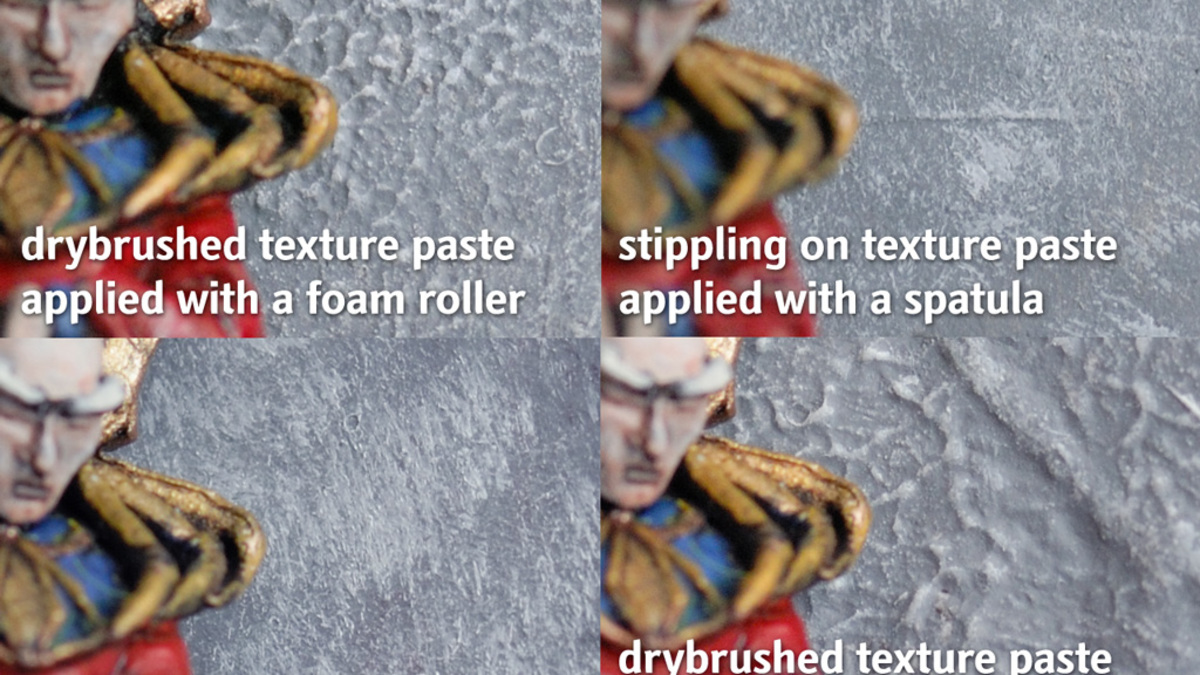 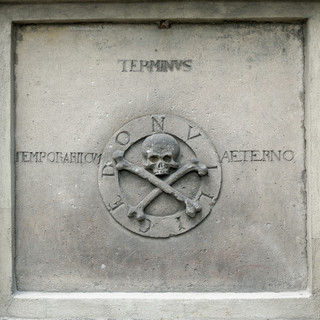 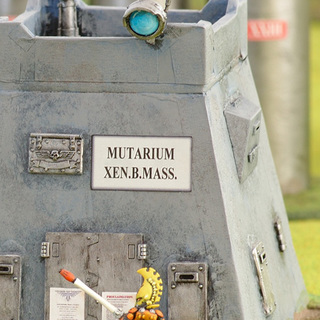 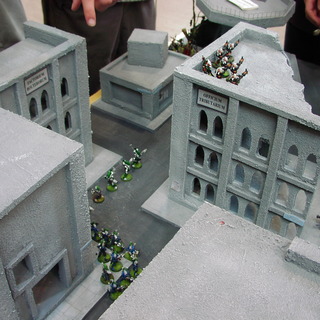 An old way of modelling these kinds of walls was to use a home-made textured paint, ie. a standard acrylic paint mixed with sand. The effect was quite coarse and the walls looked like a sandpaper rather than a plasterwork.

You can compare this with other texturing methods I reviewed and decide which one suits you best for a given project.

For many years I have been using stippling

This technique ruins normal brushes but you can either use an old, cheap brush or better get a special stippling brush.

But then I've head of the adventages of the texture paste

Texture paste is a kind of plaster/stucco that keeps texture of a tool used on it better then a normal one does. It is also easier to put as a thin film on any surface.

So I made an experiment. I built a new bunker and processed each of its four walls in a different way. I used a fine (ie. not coarse) texture paste. All walls were primed first with an enamel paint to prevent warping.

Note that stippling on the paste looks better then the one on flat undercoat as the brush bristles do not slide on it as much.

However I must say that I feel the stippling-over-flat-paste technique gives the most realistic effect in this scale. 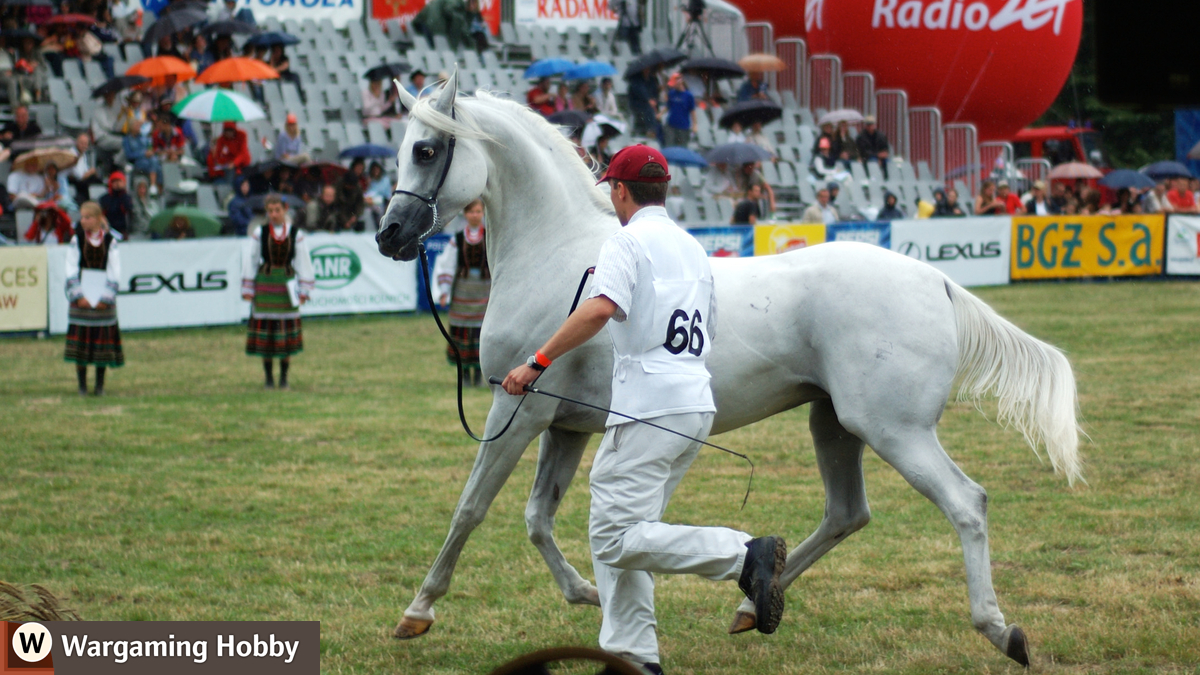 What are the colours of horses?
Horses show a large variety of coat colours, much like human hair. Note however that in contrast to hominids they can have contrasting points of different colour: mane, tail and lower legs ("socks") »
Real-world inspiration 10-03-2017 Khaiell 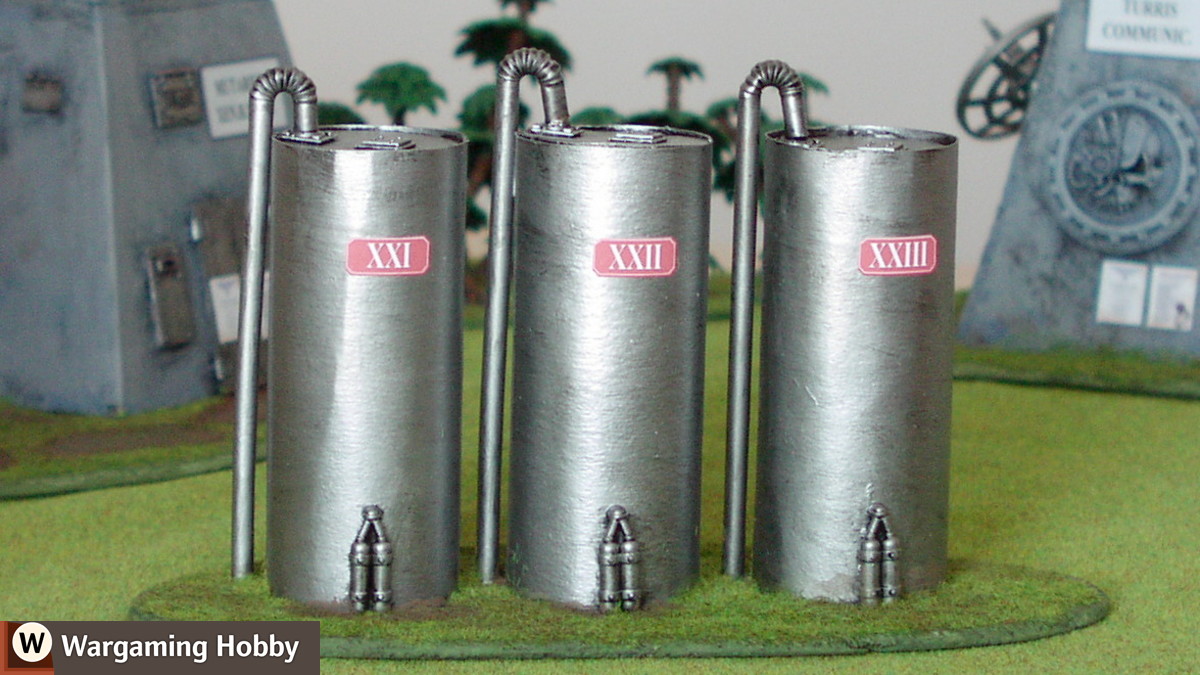 Silos
A staple of any post-apocalyptic setting and an important battlefield design tool as they block line of sight not only for troops but also for tanks. Made of toilet paper rolls, drinking straws and some bits »
How to build terrain 12-06-2011 Khaiell