Today I will show you a modelling project: how to multiply the Beasts of Nurgle. Although it will surely save you some penny, the main goal of this project is to add variety to your horde of living poo.

The nice guys at Games Workshop did it again, and created another great Nurgle model. A couple more releases like this, and my desk area will look like my house has a serious sewage problem.

Now, this set embodies the idea of slug-puppies perfectly. Oh how happy he is to see you. You can already feel the pleasure it will have, licking you senseless with its penetrating tongue. Oooo…

The model can be constructed in several ways with various heads and body holes. Unfortunately the one thing you cannot change, is the overall body shape. With one hand on the ground, and the other trying to give you a high-five.

This pose is great for one or two models but can be awkward if your entire army does this in unison. Especially for Nurgle.

Fortunately it is very easy to build several variations of the body from common household materials. For added bonus, parts from just one box are enough to give you at least two beasts of Nurgle at the cost of one.

Building what you can

But first I started off by building the beast number one, just by the book. It is good to do some dry fitting first, as, although it is a single-pose model, its body is made of many awkward parts that have to be stuck together in a certain way.

After the assembly there are all those spare parts left, to build another body front, with a full, tentacled head. I glued them together as well which will come handy later.

Another part I will need for the second beast are the spare hands. I put them separately for now.

Now, apart from Beast of Nurgle leftovers, you will need these materials:

I start building the second beast by making a ball out of the foil. It is a common trick, to make clay models stronger and lighter at the same time.

I shape the aluminum ball into something, that can fit the body front I have.

Then I take some clay, put it over the foil, and shape it to fit the front of the body as a glove. This is an iterative process, so you need to take your time.

Once I am happy with the fit, I start adding other parts to the body, starting with the tail. My little Jabba the Slime starts to look the part.

Now it's time to give him some arms. Note that I make both of them using a single piece of wire. It will make them stick much better, than if I tried to attach them separately.

I put some clay over the wires. Note that I am not finishing them completely, to leave some wire, to attach the plastic hands.

Be careful not to actually glue any plastic parts. This clay is meant to be baked later and the plastic will melt in the process!

Nurgle models have a very tactile, carnal texture. It is easy to replicate it, just by poking the clay with wet fingers, to leave your fingerprints. Later you'll be able to unlock your phone using the model.

Random scars are applied with the wet modelling tool. You could use a knife for that. Almost like slashing the real creature.

Half an hour later the model is baked and hardened. I can now safely attach the plastic parts to it. I use a gel super glue to account for any uneven surface.

The hands are drilled, and attached to the wires.

As I am not so good at sculpting, I made a lot of small mistakes. This is not a problem. I can cover them all now with green stuff.

I work around the wrists and all the seams between clay and plastic.

Then I apply the same texturing methods as before: wet fingerprints and sculpting tool slashes. Remember to use a lot of water, as green stuff loves to stick to your fingers.

Work slowly bit by bit. No need to hurry.

When you are happy with your work, leave it for some time until green stuff becomes harder.

And that is all, and you can then paint the model as normal.

The finished Beasts of Nurgle look like on the picture above. They are a lot of fun both in looks, and how they play. Especially with Slimux in the lead. Slime for the slime god!

I hope you found these tips useful and remember — have fun with your hobby.

See the pictures as separate pages: In the garden of Nurgle... 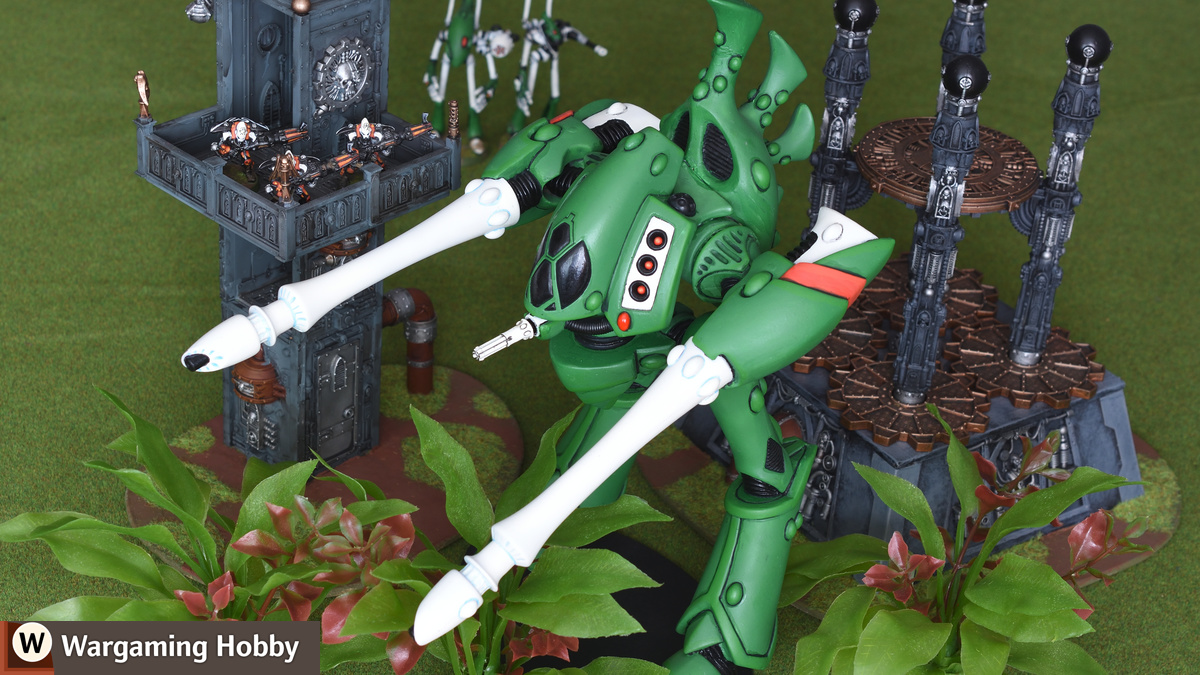 Unusual paints that every SF painter should try
Do you know Humbrol 130 and Vallejo Metal Medium? They reflect light differently to standard paints and offer new possibilities. Like replicating the old and missed by many Boltgun Metal effect. »
Converting and painting 01-10-2018 Khaiell 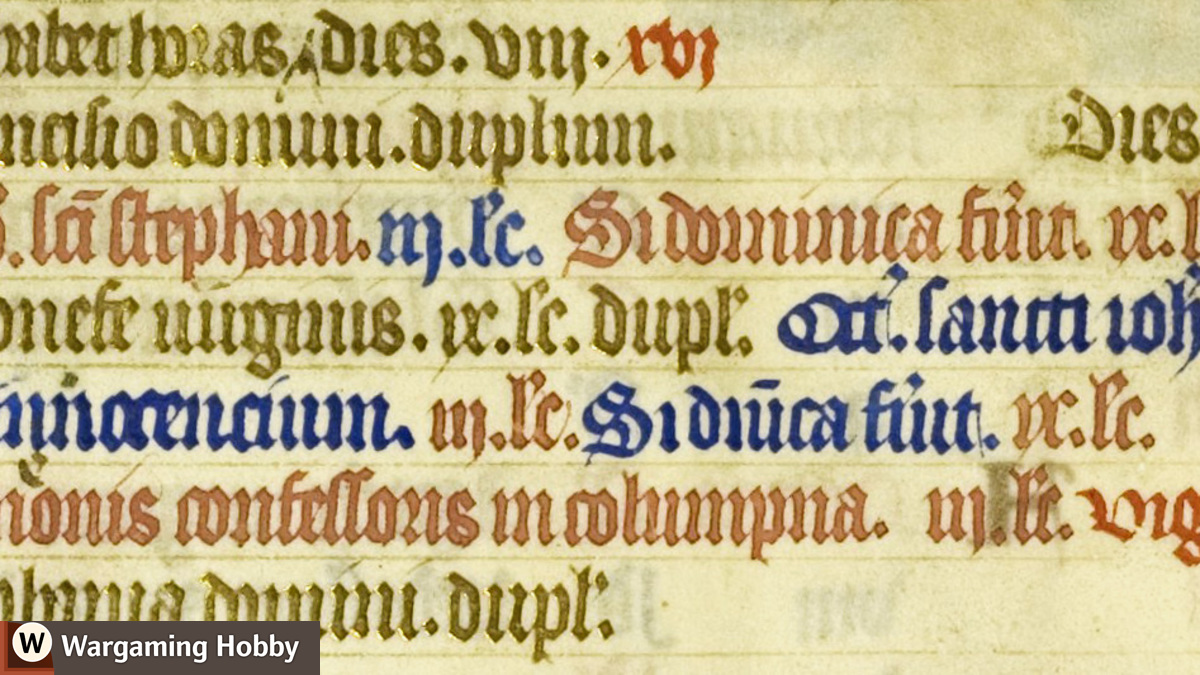 Medieval calligraphy
A lot of fantasy and dark SF models and buildings are decorated with parchments covered in blackletter, Gothic script. Is this something rooted in real medieval art? Oh yes! But please use the real historical "fonts" and not a contemporary wedding invitation blasphemy »
Real-world inspiration 17-02-2017 Khaiell