2016 Imperial Space Marine had some cheeseburgers

During the April 16-17, 2016 Weekend at Games Workshop stores you had a chance to get a special edition remake of the original 1985 Space Marine model. The new version is substantially beefier than the original and the difference is much more striking than the one between the original Mk. 4 marines and their 'Betrayal at Calth' reimagining 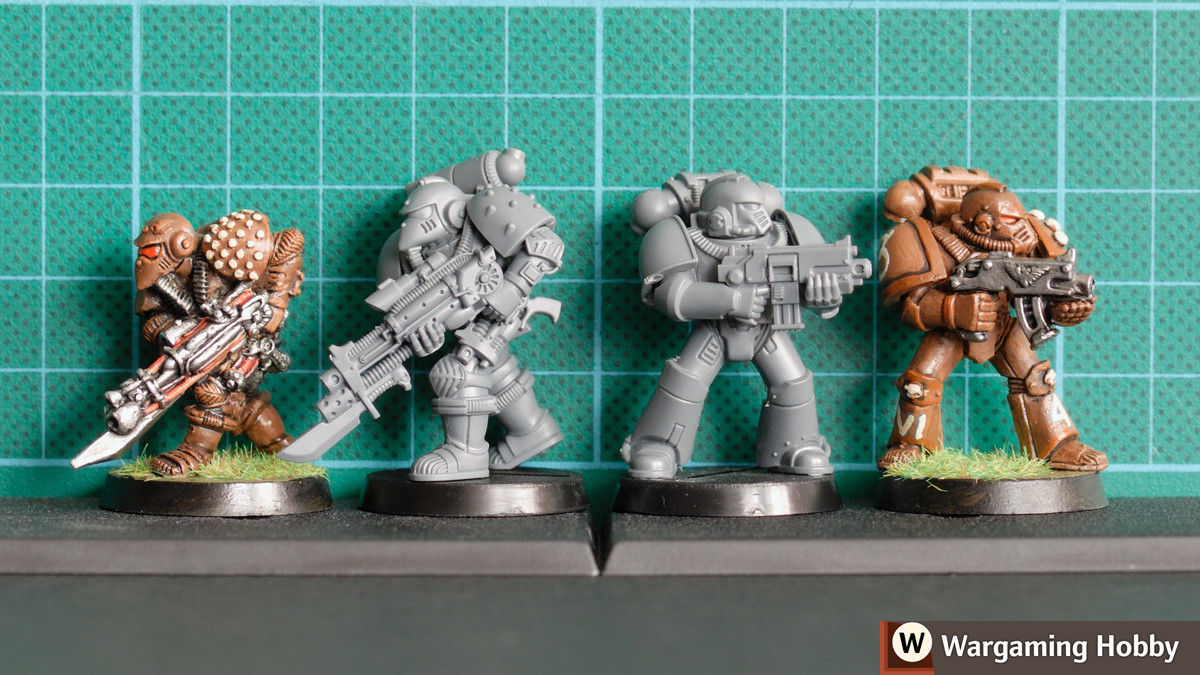 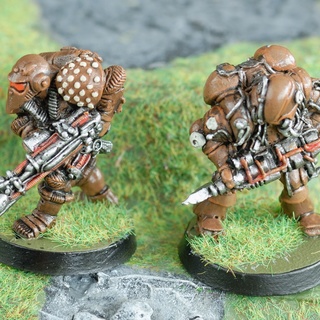 No-one remembers the poor 2nd Space Marine (to the right) 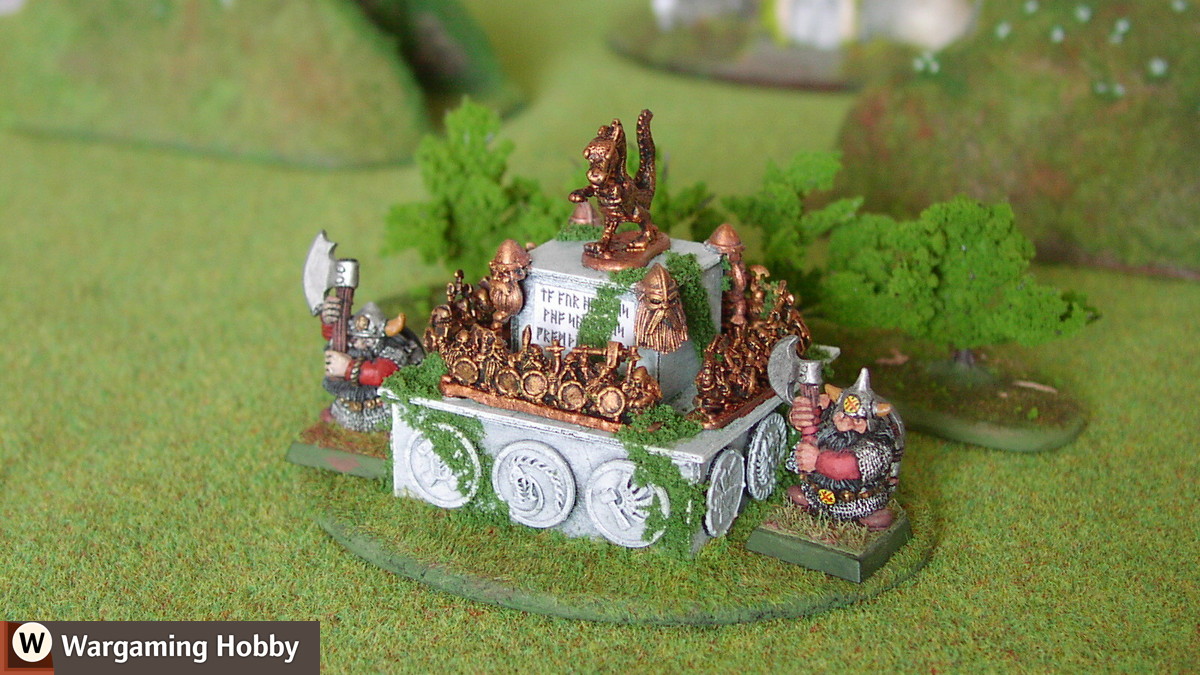 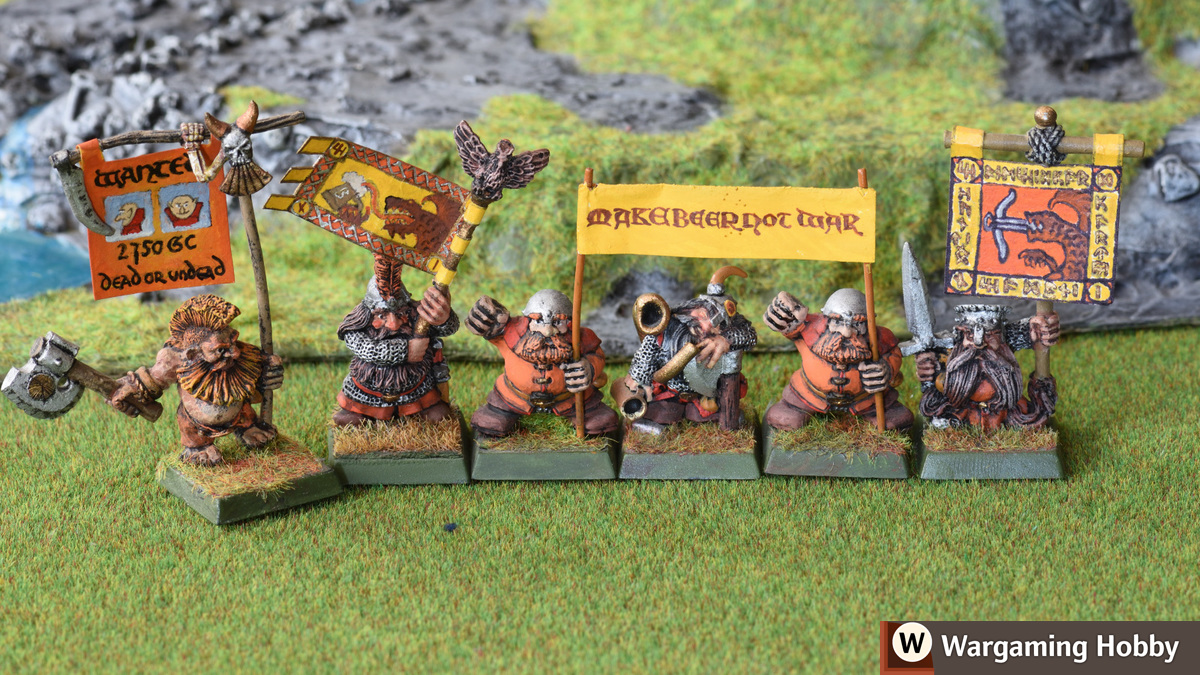 Dwarf banners and getting funny with standards
I keep my Space Marine, Eldar or fantasy Empire banners mostly grim and serious. But dwarves have this over-the-top grumpiness combined with a passion for down to earth, beer-soaked humour that just doesn't work taken with a straight face. As the vertically challenged ones wear simple, unfunny outfits the best place to display their attitude are their standards »
Converting and painting 20-07-2016 Khaiell